The Gowanus Dredgers Canoe Club is excited to announce a performance by Steve Suffet and Anne Price at the Creekers Jamboree, a music series that celebrates Roots and Americana music on the banks of the Gowanus Canal, on Saturday, May 28, 2022, from 5 pm – 8:00 pm, with the music beginning at 5:30 pm..

This season, the Gowanus Dredgers are reconnecting Gowanus regulars and visitors with events at their boathouse located at 165 2nd Street adjacent to the waterway. If possible, free canoe voyages will be offered on Saturdays before shows, south of the active EPA cleanup (location TBD), but stop by the boathouse for some hootin’ good times as the sun sets.

It’s free to attend but donations are encouraged and reservations at $10 are available for the front two rows & one complimentary beverage.

Steve Suffet is best described as an old fashioned folksinger. His repertoire is a mixture of railroad songs, trucker songs, coal miner songs, cowboy songs, union songs, old time ballads, blues, ragtime, Gospel, bluegrass, topical-political songs, Woody Guthrie songs, and Irish songs, whatever else tickles his fancy, including a few songs he has written himself. The Gowanus Dredgers canoe club is especially excited to welcome Steve as he wrote one of the best folks songs about the Gowanus Canal, Down the Gowanus.

New York City native Anne Price has often been compared to Joan Baez. Anne began performing when she was a student at Hunter College in the Bronx in the 1960s, and since then she has appeared at venues as close as the Peoples’ Voice Cafe in New York City and as far away as the 15th century Black Swan Public House in York, England. Her repertoire includes everything from traditional folk ballads to country songs, songs of the sea, cowboy songs, songs about work and the labor movement, and love songs. She sings many songs from folk based songwriters, such as Jean Ritchie, Peggy Seeger, Woody Guthrie, Si Kahn, and many others, and she writes a few fine songs of her own. Her voice is strong, rich, and expressive. 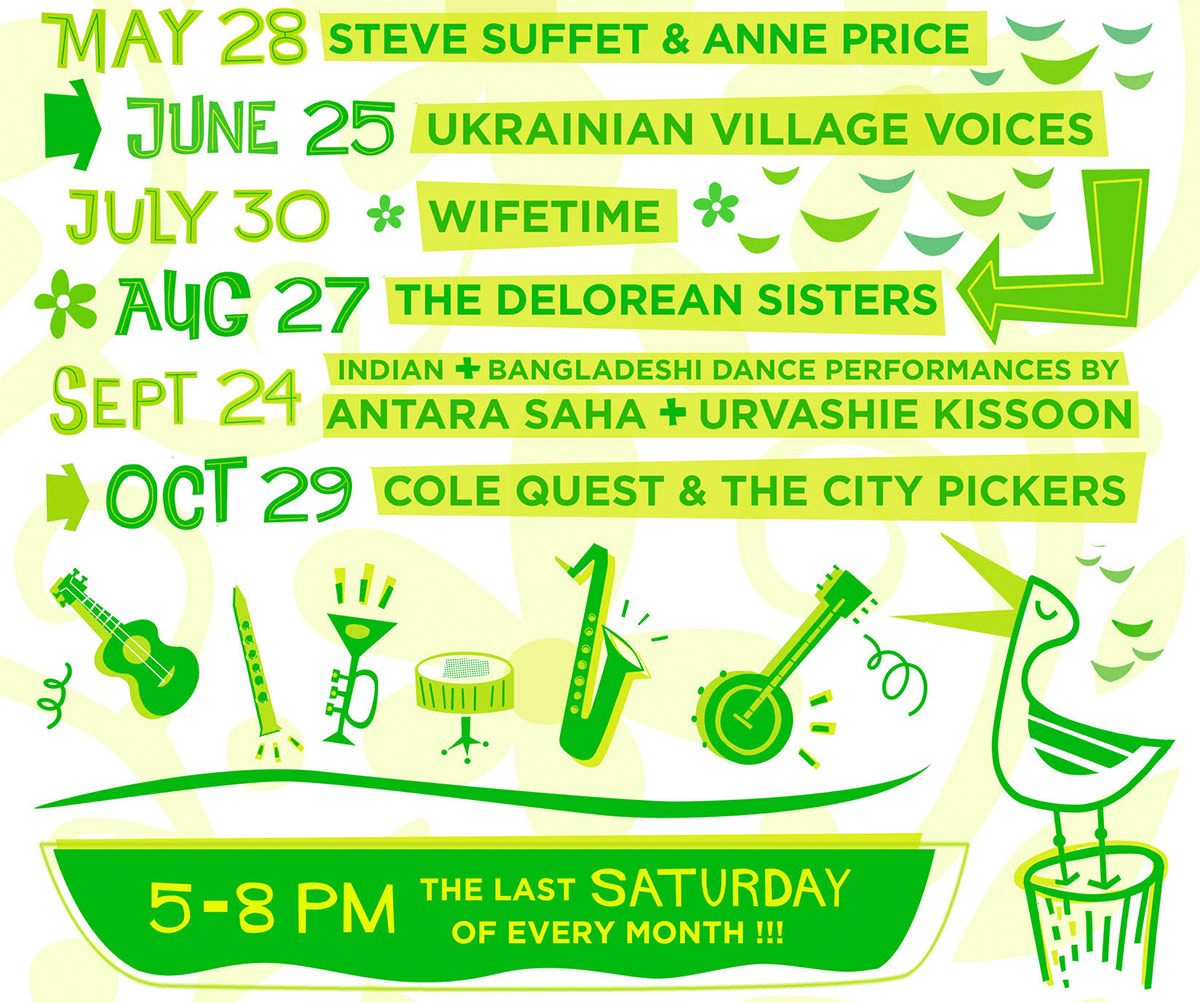