What could be better than a drive in movie on a pier with gorgeous views of the water and lower Manhattan? Covid19 may be here but Rooftop Films has created a way to enjoy film in a unique setting.

Rooftop Films’ one-of-a-kind urban drive in experience is located at the end of the scenic pier at Brooklyn Army Terminal, stretching out 1,200 feet into the Bay. Ticket prices start at $40 per car with up to five people. No alcoholic beverages are allowed, Having an open alcoholic beverage in a vehicle is prohibited in New York State at all times even when a car is parked, and this law applies at the drive-in as well.

SATURDAY, JULY 18: THE RENTAL is the story of Two couples on an oceanside getaway who grow suspicious that the host of their seemingly perfect rental house may be spying on them. Before long, what should have been a celebratory weekend trip turns into something far more sinister, as well-kept secrets are exposed and the four old friends come to see each other in a whole new light. Alison Brie, Dan Stevens, Jeremy Allen White, and Sheila Vand star in this unnerving and sophisticated debut thriller from Dave Franco.

FRIDAY, JULY 24: BLOODY NOSE, EMPTY POCKETS – In the shadows of the bright lights of Las Vegas, it’s last call for a beloved dive bar known as the Roaring 20s. That’s the premise, at least; the reality is as unreal as the world the regulars are escaping from. Bloody Nose, Empty Pockets is a mosaic of disparate lives, teetering between dignity and debauchery, reckoning with the past as they face an uncertain future, and singing as their ship goes down.

Filmmaking duo Bill and Turner Ross (Western, 2015 Sundance Film Festival) return with an elegiac portrait of a tiny world fading away but still warm and beating with the comfort of community. Their beguiling approach to nonfiction storytelling makes for a foggy memory of experience lost in empty shot glasses and puffs of smoke. 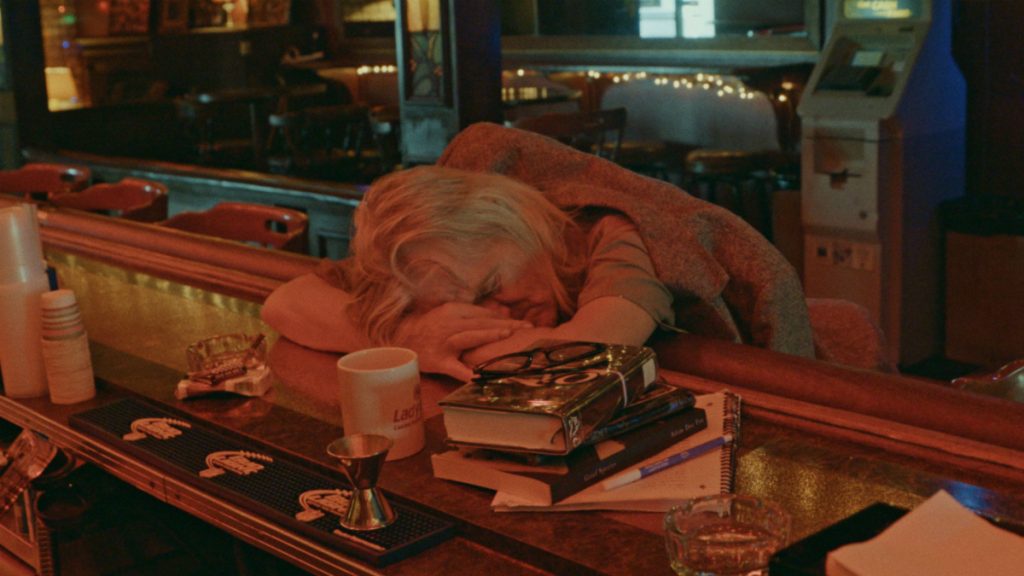 SATURDAY, JULY 25: Relic – When elderly mother Edna (Robyn Nevin) inexplicably vanishes, her daughter Kay (Emily Mortimer) and granddaughter Sam (Bella Heathcote) rush to their family’s decaying country home, finding clues of her increasing dementia scattered around the house in her absence. After Edna returns just as mysteriously as she disappeared, Kay’s concern that her mother seems unwilling or unable to say where she’s been clashes with Sam’s unabashed enthusiasm to have her grandma back. As Edna’s behavior turns increasingly volatile, both begin to sense that an insidious presence in the house might be taking control of her. With Relic, first-time writer/director Natalie Erika James crafts an unforgettable new spin on the haunted-house movie.

Rooftop Films will be hosting a variety of screenings this summer into the fall, including the latest independent films as part of their 24th Summer Series, plus new and classic studio films. Programming will be announced on a rolling basis with plans for at least one additional NYC venue to open later this summer, in Queens.