4 weeks ago
Jupiter and Saturn rule the sky
2 months ago
David Dinkins Tribute
2 months ago
Oil, Tar and more comes to the Surface
4 months ago
Art on the Stoop, Studio 54 launch Brooklyn Museum reopening
4 months ago
Photoville brings a bit of normalcy to Brooklyn

Brooklyn and New York City will forever be changed by Covid-19.

Walking around the Farmers Market in Brooklyn Heights was surreal on Saturday, May 30, 2020. No one wanted to talk. Well, I was a masked guy carrying a camera with a long lens on it. Some people don’t react well when you tell them you took their picture and would love to talk to them about their experiences living in Covid-19 New York.

The ones who would talk, tell a story of hope and defiance. It makes sense. The ones who have fear would probably not come to the Farmers Market to shop. They would be Fresh Direct customers only venturing to the lobbies of their building to meet the delivery.

At Whole Foods in Gowanus, shoppers lined the sidewalk from the front door to the banks of the canal waiting their turn to enter. I never thought the store was that good. Of all the grocery stores I have shopped at, it falls furthest from that category for me. However, people were willing to wait patiently six-feet apart for over twenty minutes to have the privilege of giving Amazon even more money.

It was sad to walk on the shopping streets of Fifth Avenue in Park Slope, Atlantic Avenue in Cobble Hill and see all your favorite stores closed and some with newspapers plastered inside their windows. I wasn’t even sure if they were closed for good. Next visit will tell. There were enough businesses that were obviously gone, with dozens of “AVAILABLE” and “FOR LEASE” signs in darkened storefronts.

From there I came across a new location selling plants at 123 Third Street. I talked to the owner for several minutes, didn’t take a picture, and never got his name! But his comments were great.

“People are buying everything. They’re stuck at home. They’re trying annual flowers. They’re buying plants for food. People in the nursery industry are selling more plants than ever before. It’s just crazy.”

I can understand it. I’ve been growing basil and cilantro since the weather allowed. It’s a great experience throwing it on fresh pasta and fresh guacamole.

Driving across the river to Manhattan, I can’t remember the last time I sped across the Brooklyn Bridge at 50mph. The West Side Highway was desolate. A SQUIRREL actually ran across all the lanes while I sat at a red light. In the middle of the day. That was a first in my thirty years in New York City.

Cruising through Times Square, I saw one other car. Parking was available everywhere. I found a six-hour space on 47th street halfway down the block between Sixth and Seventh Avenues. Actually, I should say I could have parked anywhere on the block. There was only one other car parked on the entire street.

Sixth Avenue was striking. The few pedestrians ignored the lights. There wasn’t enough car traffic to worry about.

And Times Square? Not quite a Ghost Town but almost. The Naked Cowboy sang his songs, a  few scary costumed characters looked for someone to harass. There were a couple of screaming people, a guy was playing a Xylophone attached to his bicycle, and each of them could be heard. The silence WAS deafening. It was devoid of open businesses, viewing areas were roped off, and crowds were nonexistent. It felt like 1990 all over again. 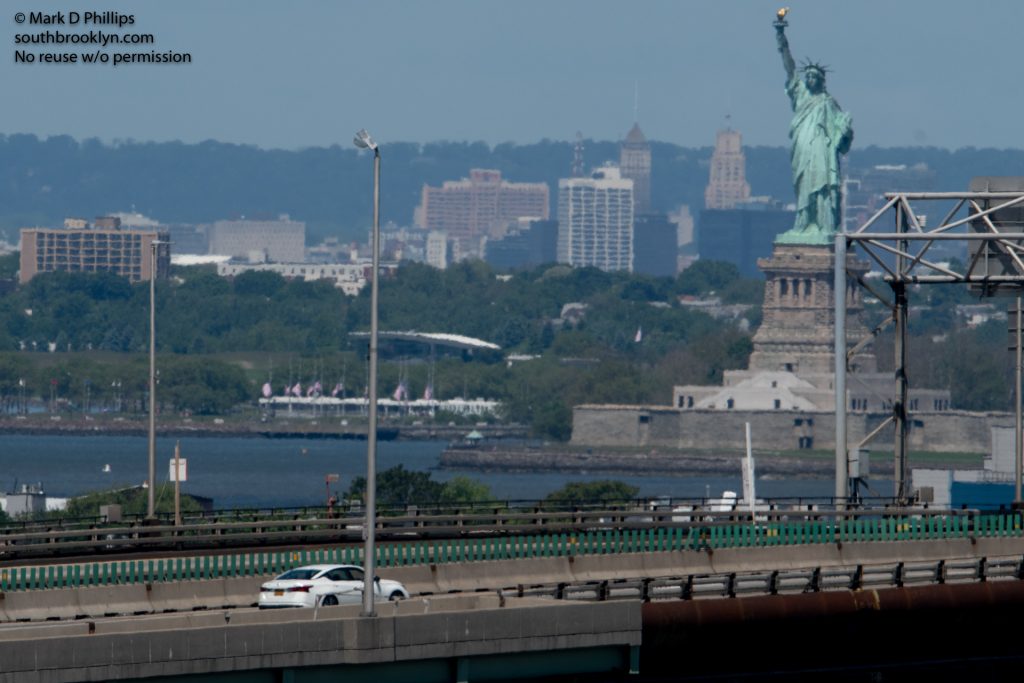 New York City on May 30, 2020, during the Covid-19 pandemic, Gowanus Expressway with one car and the Statue of Liberty on a Saturday afternoon. 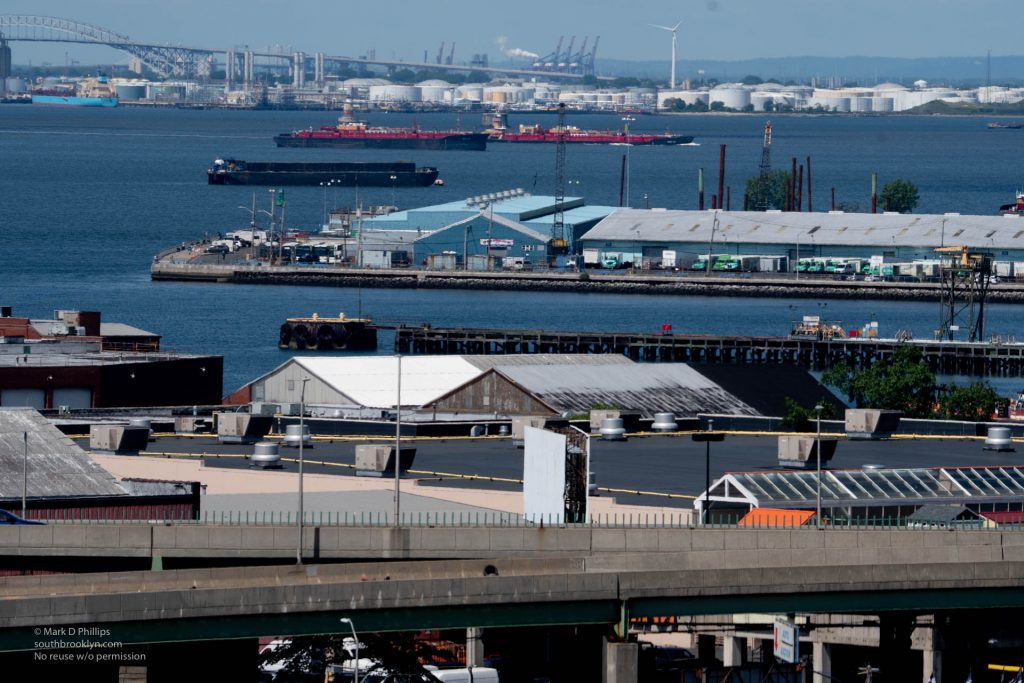 New York City on May 30, 2020, during the Covid-19 pandemic, Brooklyn waterfront in Red Hook with fishermen on the point. 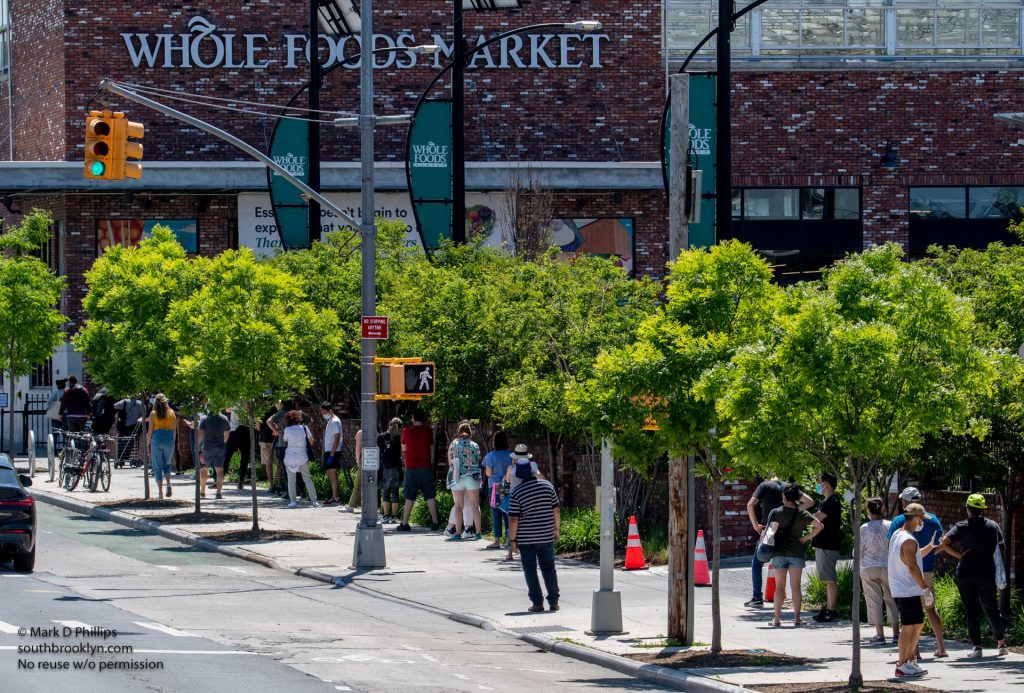 New York City on May 30, 2020, during the Covid-19 pandemic, lining up outside the Gowanus Whole Foods on a Saturday afternoon. 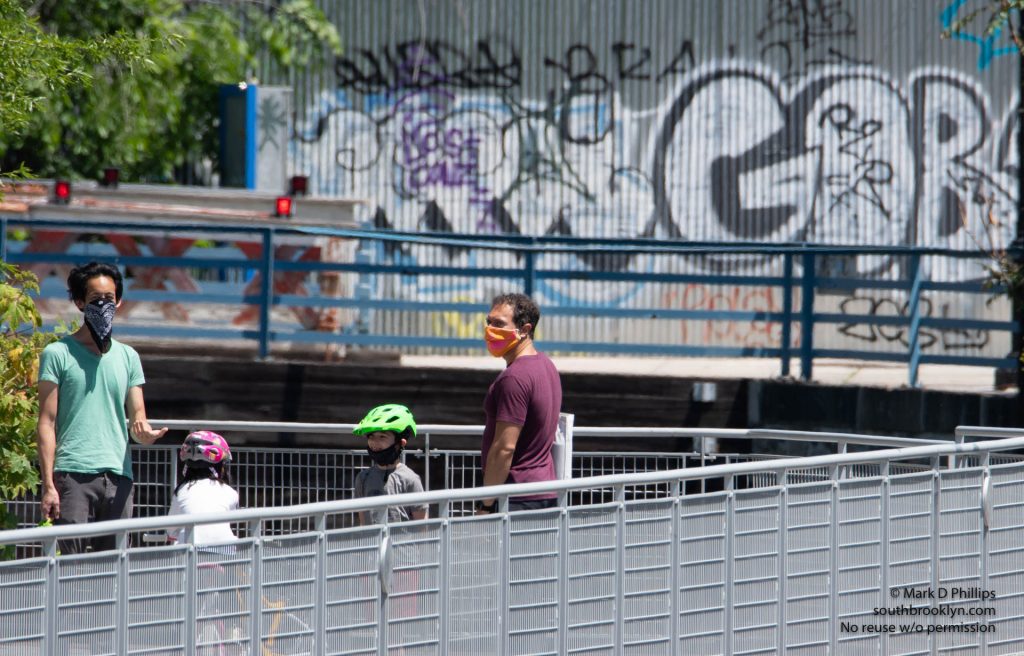 New York City on May 30, 2020, during the Covid-19 pandemic, getting outdoors along the Gowanus Canal. 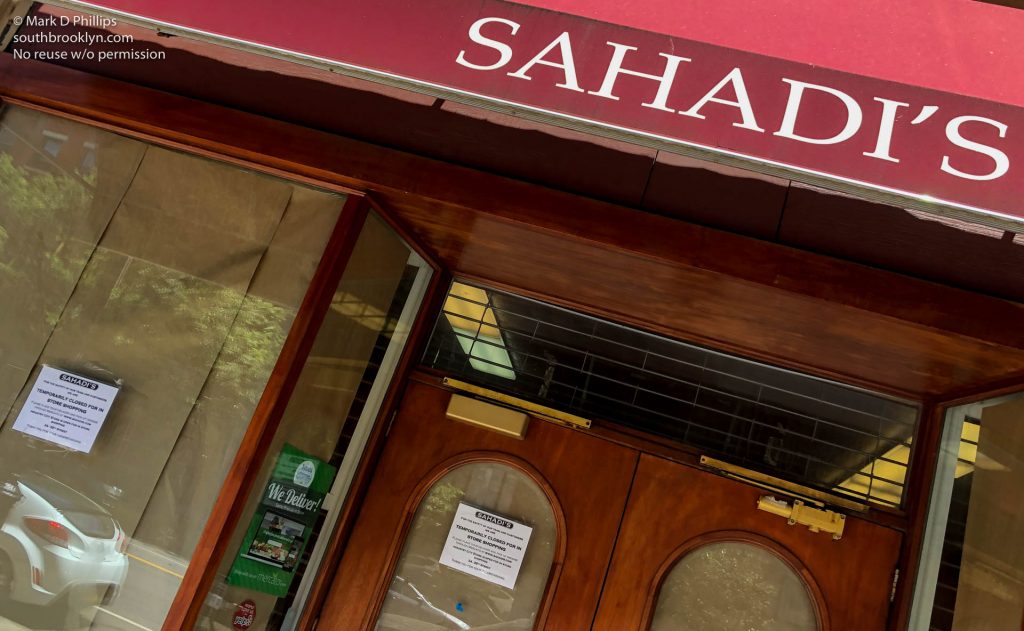 New York City on May 30, 2020, during the Covid-19 pandemic; Sahadi's on Atlantic Avenue in Cobble Hill closed. 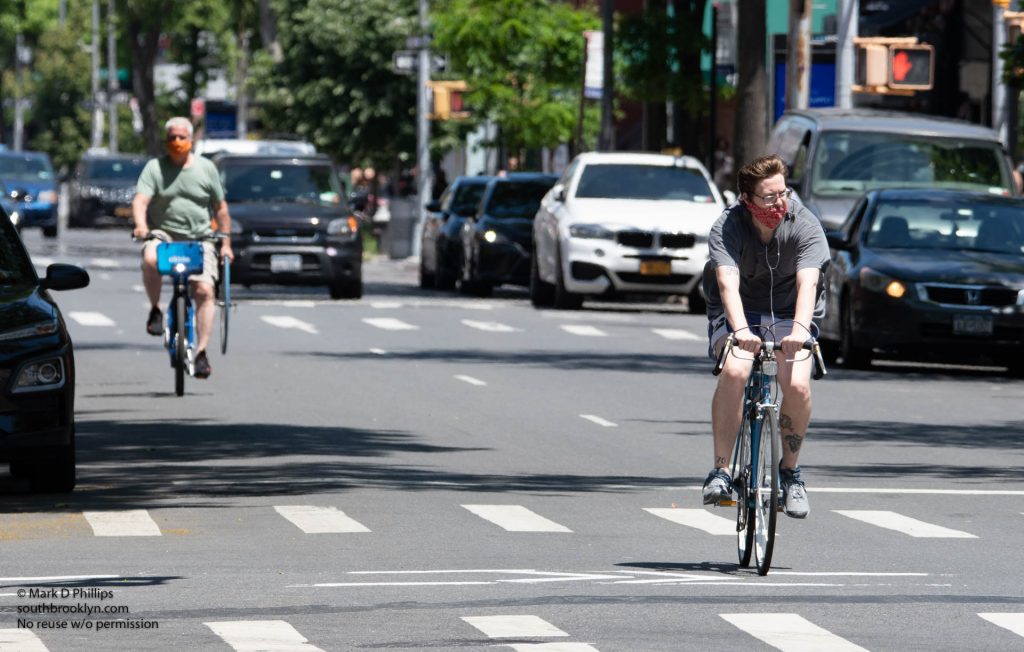 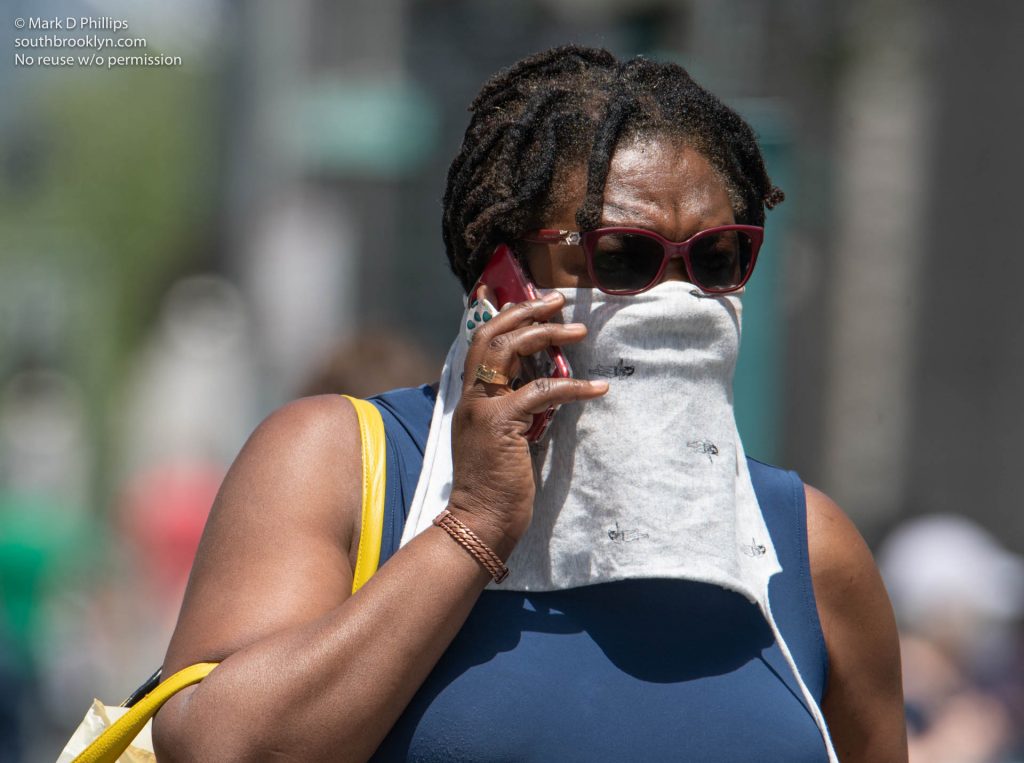 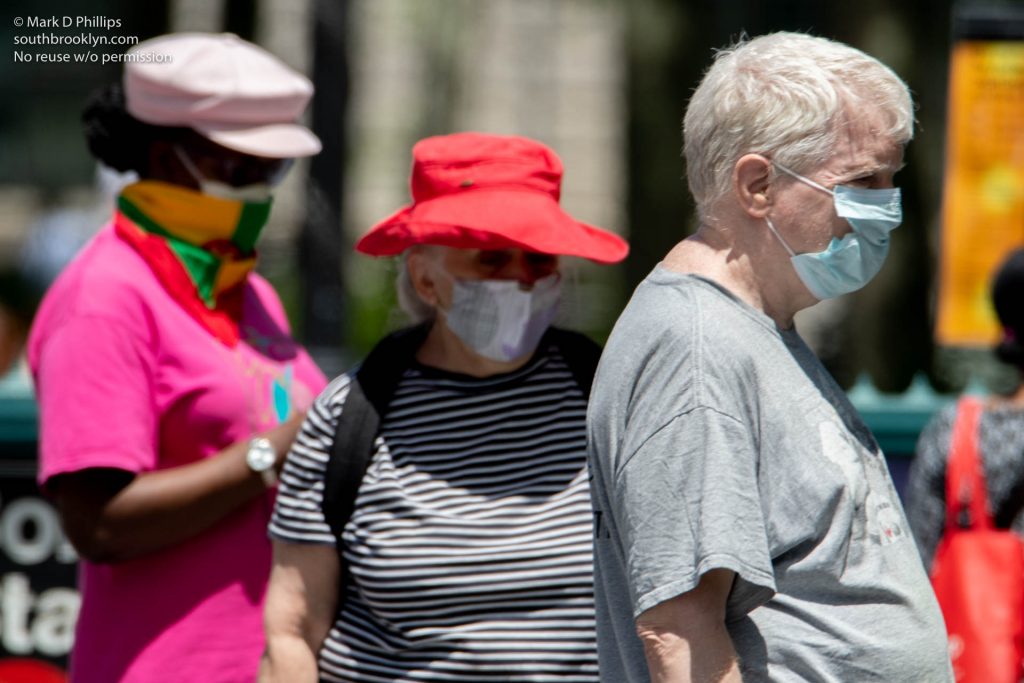 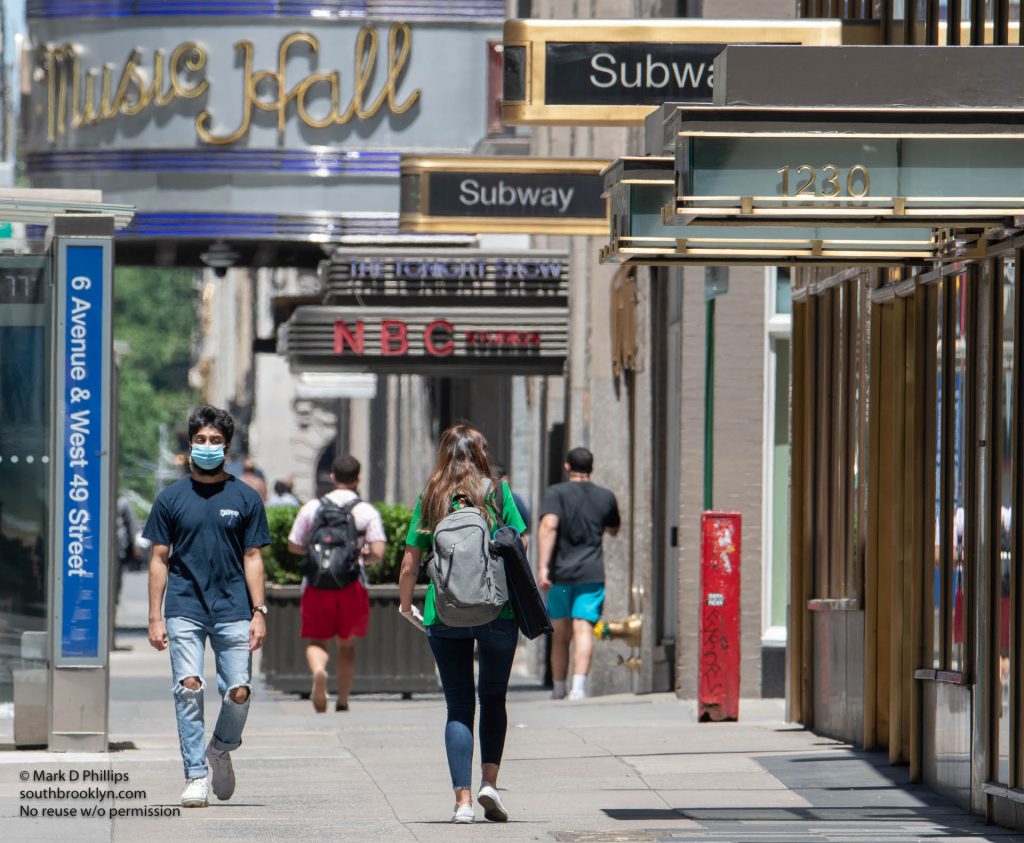 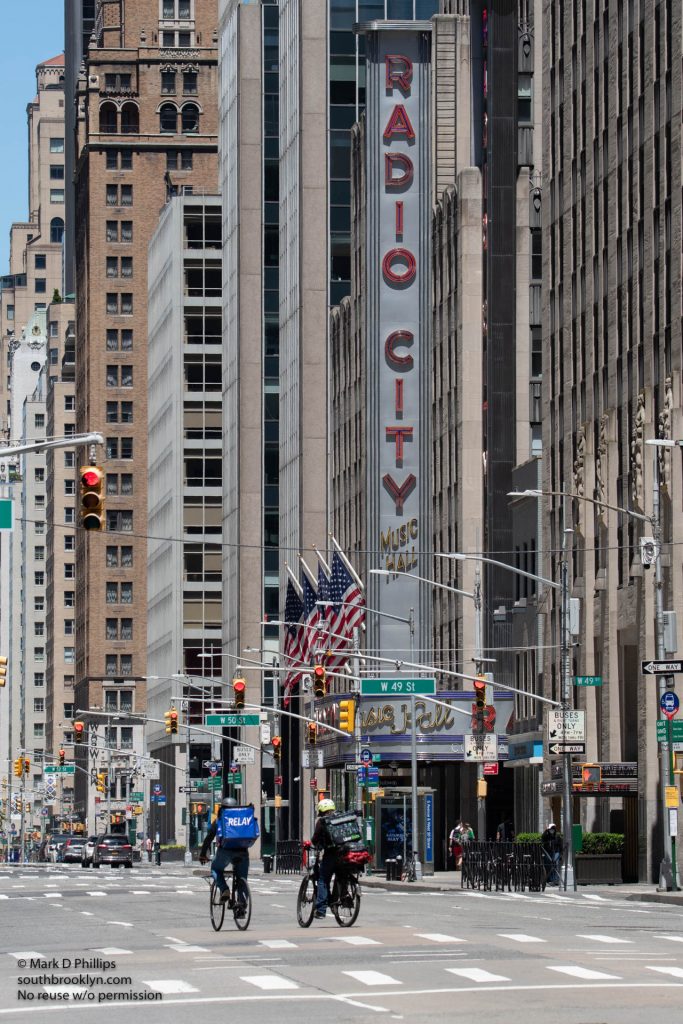 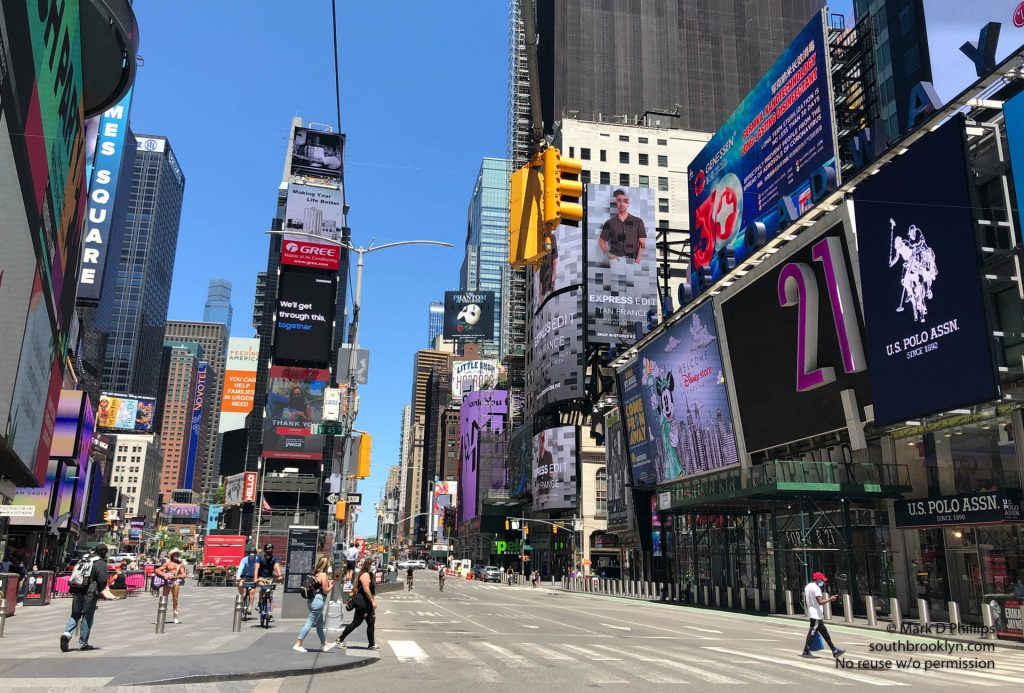